I couldn’t let AJ’s Birthday pass without a blog entry. I’m on a mini vacation so this won’t be as detailed as I would like. I am trying to find time between chasing kids in the pool and sight seeing to see the eagles on the Wisconsin River but AJ is the reason I love Indycar. I want to take a couple minutes on his birthday to acknowledge the legend that he is.

I knew nothing of Indycar or AJ Foyt in the spring of 1985. I was in my sophomore year of High School and we were given an assignment to read a biography. As the class went to the library to chose a book, I randomly grabbed one of the shelf. It happened to be about AJ foyt. I placed it back on the shelf. After looking through many other books I went back to the AJ book. i honestly didn’t think i would enjoy it as much as I did. Not only did AJ have an amazing passion for racing but he had some incredible stories to tell. Amazing wins, tragic losses, records made, never giving up. I was hooked. However, once I finished the book I didn’t give AJ much more thought. That May things would change. I was in for a treat when I sat down next to my dad and asked what he was watching. He told me the Indy 500 and I told him about the book I had read. Then my dad told me AJ’s position in the race. I had no clue he was still racing. I haven’t missed a race since 1985 and somewhere along the way became a pretty serious fan of Indycar. I owe that all to AJ. This past summer I met Larry Foyt and I couldn’t share my story without crying. No, I didn’t meet AJ but meeting Larry was still amazing and a highlight of the weekend.

My first trip to IMS was the year AJ announced his retirement. 1993. That was bittersweet. I wish he would have continued racing but loved being able to witness that part of his history.

So why did AJ spark such interest? Here are just a few of his accomplishments.
AJ Foyt qualified for the Indy 500 35 times- more than anyone else.

He was the first to win four times. Al Unser Sr. and Rick Mears can also make that claim but AJ was the first.

Perhaps the most amazing part is he did this long before many of the improvements in safety. There were no SAFER walls, fire was more common, helmets weren’t much protection. AJ fought hard during a very dangerous time in motor sports. He truly is a legend.

Happy Birthday AJ. Hope you have many more. Can’t wait to see you at the track this year! 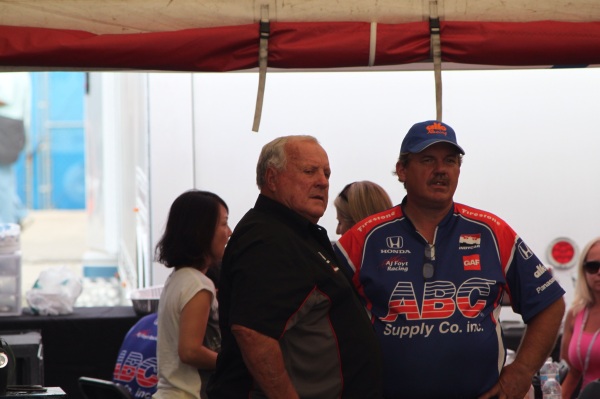 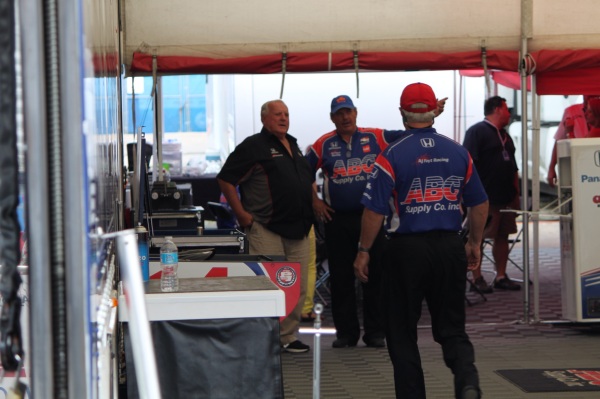 The Pit Window by Mike Silver

African Sand In Our Shoes

journals from a family following Jesus and serving in Africa