I have a tons to share about our adventures at the Milwaukee Indyfest but this one story can’t wait and deserves its own post.

It all began at the GP of Indy this last May. The boys and I ran into James Hinchcliffe just after our free garage tour. Unfortunately, the yellow shirts did not allow us back in after a bathroom break so we walked up to the balcony overlooking the garages. We saw James and called to him that we had a bracelet for him. It was a black and white “checkered” bracelet that said Hinch. James put it right on and later tweeted that he was still wearing it. 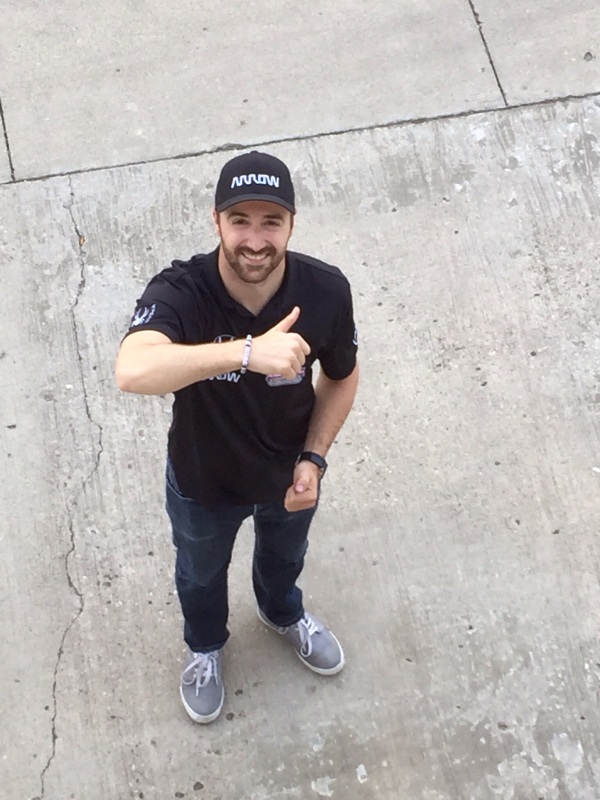 We were thrilled. How cool is that. Of course we all know what happened next. James had that horrible accident. Ryan Briscoe would be filling in for James for the Indy 500.

The boys and I attended our first Indy 500 and made a bunch more checkered flag necklaces to hand out. We made a special one that said “Get Well Hinch”. After the race we went to the balcony overlooking James’ garage in hopes of seeing someone that might give the necklace to Hinch. Sure enough Ryan Briscoe came out of the garage. We called Ryan over, dropped down the necklace and asked him to please give it to James. He said he would. 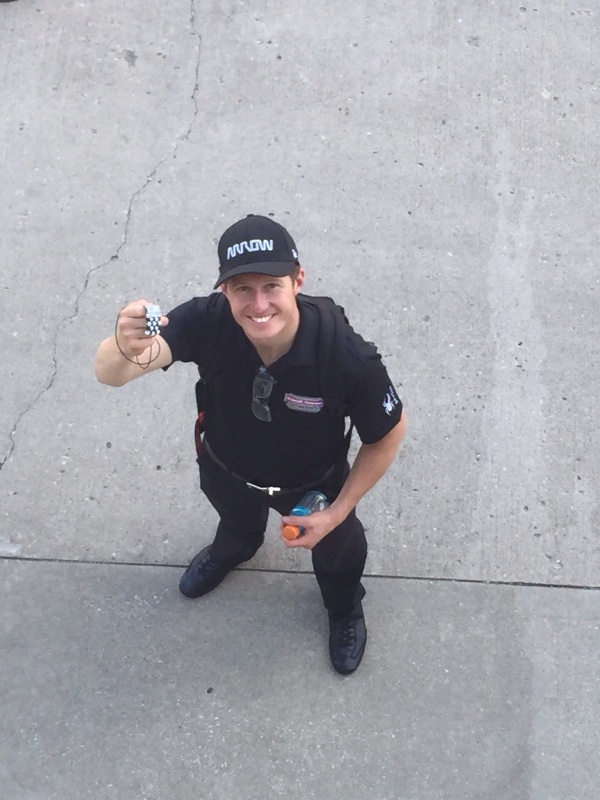 Great story right? I thought so too and loved telling it. Today the story got even better. The boys and I knew James was at the track so during the autograph session we went looking for him. Guess what? We found him! He was talking with some other people but the boys and I patiently waited and he soon came over to talk with us. I said we were the ones that gave him the bracelet and he remembered even saying, “oh yeah, from up on the walkway.” Yes, that was us. I then told him how we gave a necklace to Ryan Briscoe to give to him and he said that he did have the necklace and it’s hanging in his room. We took a picture, got an autograph and I even got a hug. 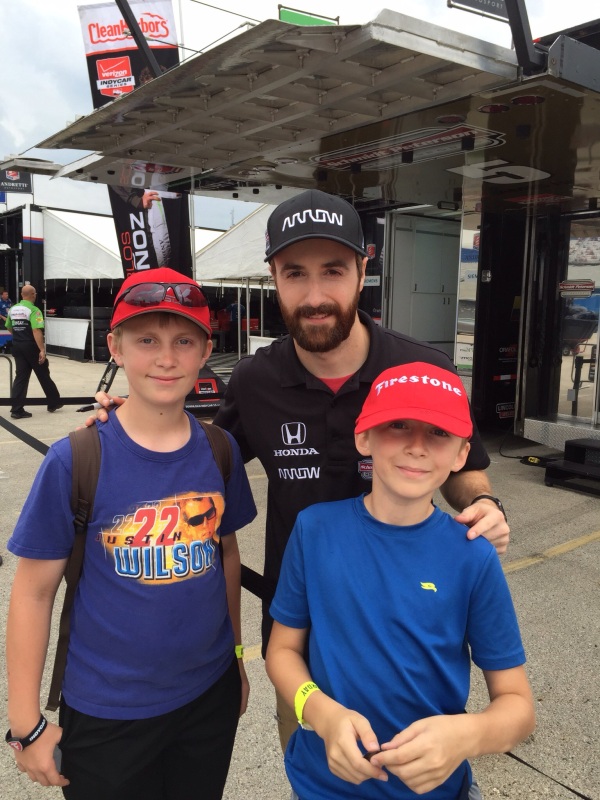 Great story, right? Wait, it gets better. After the practice session for the IndyCars we walked through the paddock again. This time Ryan Briscoe was out. I asked if we could get an autograph and as we did told Ryan we were the ones that gave him the necklace to give to Hinch and that Hinch told us he had received it. Ryan said, “oh yeah, I gave it to him in the hospital”. I said that it was so sweet of him to do and that while I had hoped he would give it to him I wasn’t really sure. Just his willingness to talk with us that day made us happy, that he truly did deliver the gift was great. As I was telling Ryan this, James walked by and said, “I told you he gave it to me.” James stopped and we were able to get a picture I will treasure for the rest of my life. Not only did I have a cool experience with my boys but I have a story I can always share about just how amazing the IndyCar guys are. 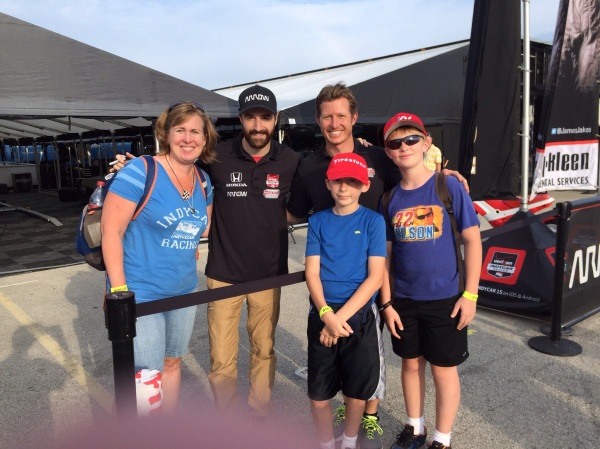 IndyCar drivers truly are the best and James Hinchcliffe and Ryan Briscoe are at the top of that list. We had an awesome day. We will continue to pray for Hinch’s recovery and will be cheering for them both.

Thanks So Much James and Ryan. We will never forget this day.

7 thoughts on “IndyCar Drivers are the Best! James Hinchcliffe and Ryan Briscoe top the list!”

The Pit Window by Mike Silver